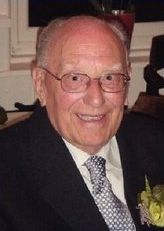 Prof. Dr. Andree Troost (1916-2008) was born in the Netherlands. He studied at the Theological School in Kampen. He graduated in 1945 and went on to pastor Reformed churches: five years at Vleuten De Meern, four at Beetgum, three at Kootwijk, and at Rotterdam.

In 1958, while at Kootwijk, he earned his doctorate with a dissertation on "Causistry and Situation Ethics". In 1964 he was appointed Professor of Philosophical and Social Ethics at the Free University of Amsterdam (VU). In 1967 he became a full professor in Social Ethics in the Faculty of Economic Sciences, the sub-Faculty of Social and Cultural Sciences, Pedagogics and Andragology, as well as in the Central Interfaculty for Philosophy.  He combined this with a special chair in Refomational philosophy at Erasmus University in Rotterdam.

In 1979 he was invited to speak for a seven weeks at the Reformed Theological College at Geelong, Australia. These lectures formed part of his The Christian Ethos (Blomfontein: Patmos, 1983). He was also an editor for Philosophia Reformata.

After his retirement he taught historical and systematic philosophy at colleges in the city of Amersfoort. During these years he published widely. He and his wife Elizabeth had 5 children. 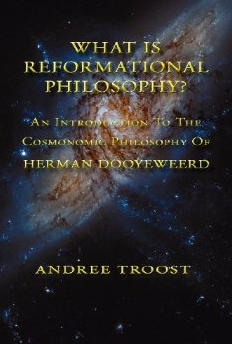 A new book from Paideia Press
What is Reformational Philosophy? An Introduction to the Cosmonomic Philosophy of Herman Dooyeweerd
by Andree Troost