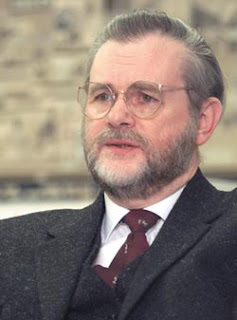 Keith Sewell was born in London, England in 1944. He first encountered reformational thinking through the work of the International Association for Reformed Faith and Action (IARFA). He migrated to Australia in 1969. He subsequently studied at the University of Canterbury (BA, 1974), the Institute for Christian Studies, Victoria University of Wellington (MA, 1978), and Deakin University (Ph.D., 1991). He taught at Presbyterian Ladies' College, Melbourne, from 1990 to 1998, when he moved to Sioux Center, Iowa to become Professor of History at Dordt College in Sioux Center. In addition to articles and  he has publishedHerbert Butterfield and the Interpretation of History (Basingstoke: Palgrave Macmillan, 2005). At Dordt College he teaches British, European and Asian history, and also the history of Calvinism. His specialties are the history of modern English historiography, and British imperial and foreign policy 1880-1914 with England in the seventeenth century as a strong second level interest. He is currently preparing a work on evangelicalism. Keith is married to Alida and they have two sons.
He has  published The Crisis of Evangelical Christianity: Roots, Consequences, and Resolutions, Wipf and Stock, 2016. ISBN 13: 978-1-4982-3875-5

The Idea of a Free Christian University

This paper was first given in an abridged form to a conference on 'The idea of an Australian  Christian University' held at Macquarrie University on 25 March 1995, under the auspices of the Centre for Australian Christianity. It is made available here with only minimal change.

A High Challenge for Tough Times

An address given at the Reformed University Students' Conference held at Reformed Church of Box Hill, Australia, 18 July 1992.

That Was Then, This is Now

Some reflections on the nineteenth-century revival of calvinism in the Netherlands and its relevance for contemporary Australia.

The opening address to the second Reformed University Students' Conference held at the Reformed Church of Doveton, Victoria Australia. 9 July 1993.

The Eclipse of History and the Crisis in the Humanities    Prepared for the Third Reformed Post-Graduate Students' Conference held at Saint Stephen's Presbyterian Church, Flemington, Victoria, Australia on 18 February, 1995

First given as a paper to the First Reformed Post-Graduate Students' Conference held at Knox Presbyterian Church, Wantirna, Victoria, Australia, on 20 February 1993.

Originally published in the Australian Newsletter: Foundation for Christian Studies 17 (1980): 8-12

Calvin and the stars, Kuyper and the fossils: Some historiographical reflections. Pro Rege. 32. September 2003. 10-22.

University and its Basis 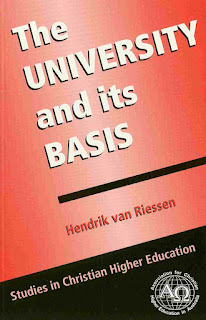 The University and its Basis

The Necessity of Christian Universities

The Necessity of Christian Universities [pdf]

First Publication of this Second and Revised Edition,Melbourne, The Research Press, 1994.

Originally Published for the Association for Christian Higher Education in Australia, Inc. (ACHEA), by The Research Press

ACHEA has been absorbed by CITE.

Dr. Jan D. Dengerink has occupied Chairs of Christian (Reformed) Philosophy at the Universities of Utrecht and Groningen, and is a past Secretary of the Board of the Free University, Amsterdam.

Herbert Butterfield (1900-79) rose to become Regius Professor of Modern History in the University of Cambridge. This work is a study of Butterfield's reflections on historical method and understanding. The discussion draws on the entire published Butterfield oeuvre, and unpublished material in the Department of Manuscripts, Cambridge University Library, Cambridge, England. Consideration is given to concepts such as "imaginative sympathy," "abridgments" and "moral judgments." Extensive attention is given to Butterfields critiques of Acton and Namier.

However, from 1942 onwards Butterfield gave eloquent expression to his belief in "Providence." He also called for a historiography of greater "expository" depth (1944). The question inevitably emerged concerning how these were to be related. Also, in The Origins of Modern Science, 1300-1800 (1949), Butterfield's use of his "thinking cap" metaphor implicitly undermined his own concept of a non-interpretative "technical history."

Butterfield came to speak of "three ways" of viewing history. Firstly, a "biographical" way, corresponding to "technical history." Secondly, a "historical way" of expository historiography. Thirdly, an explicitly providential way, encompassing the first two. Although these three "ways" might be distinguished, they could not be separated in practice. Butterfield eventually conceded that "technical history" was not non-interpretative. The "Conclusions" offer a resolution by reconsidering the importance of interpretation in the construction of historiographical narratives.